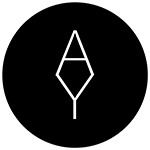 “Photography is the explanation of how I feel the world without a word”.

I began professional photography in the end of 2010. Since when I’ve been cooperating with the leading theaters and art sites in Russia: The Gogol Center, The Moscow Art Theatre, The Moscow Pushkin Drama Theatre, The Bolshoi Theatre, Moscow Contemporary Art Center Winzavod, Flacon, Theatre of Nations, STANTSIA art venue, Another Theatre.

Almost the whole decade I have been engaged as a photographer in momentous social reportage projects (1418, Homeless Women, Children in sport, etc), travel projects across the globe (Heads & Tales, “100500 Cities”, etc.) as well as the advertising photography for magazines, TV and digital programs and personal photo projects.

In 2017 the photo book of theater backstage photography consisted of my works was published and in 2018 I was awarded by Gogol Centre, the most famous modern theater in Russia, for significant input in the dramatic arts. My 8 personal photo exhibitions were held in Moscow at a variety of venues, including Moscow Manege, the central art gallery.

I have been also shot as an invited expert on several TV shows: “What Not To Wear” on CTC channel, “The Most Beautiful Woman” on U, and others. As a logical continuation, since 2016 I acted as a creative producer and host of my own TV show about fixing tattoos “Bad Tattoo Hunters”.

Developing my visual storytelling, in 2016 I became a DOP for the travel TV program about the cities around the world, and in 2017 I was invited as a Creative producer for the movie “Natural Selection”, with which I won several awards in Canada, Australia and Europe.